Centuries back a sector of Tamil families migrated from PadiyaKingdom and settled near by Padmanabhapuram. Padmanabhapuram was the capital of Travancore (Travancore was an Indian kingdom from c. 870 until 1949 and was ruled by the Travancore Royal Family) and some of them were employed in Padmanabhapuram palace. They Worshiped Bhairavaswamy and Muttaraman. Bhairava is a fierce manifestation of God Shiva. During that time they decided to build a temple for Lord Ganesha and collected contribution from the families. When the construction of the shrine was in progress one of the pivotal family member had Swapna Darshanam (Iswara Darshan). It revealed that, there is a Black and White stone at the bottom of Venga tree in Veli Malai (Veli Malai was part of Travancore then and presently at Kanyakumari district of Tamilnadu. As per Tamil script Tholkappiyam, Kumarakovil in Kanyakumari district is at the foot hills of the Velimalai Hills also known as "Velvi Malai") and to sculpture Ganesha vigraham. Based on the Gods consecrate through Swapna Darshanam, they sculpture the Ganesha vigraham using that black stone and decided to perform the Pratishtha in the constructed temple. They invited the then ruler of Travencore and he present that auspicious occasion and named the temple as KulasekaraPillayar Temple. And subsequently the street in which the temple situated became known as Kulasekara Peruntheruvu.

Later on the family members decided to build a shrine on the current space, and start building the foundation. But due to financial crisis the shrine was made by cadjan (cadjan are woven mats made from coconut palm leaves, used for roofing and walls). During that time one of the devotee Smt. Janaki Ammal , W/o  Sri. Ramachandraraj donated Rupees 500 and completed the present Shrine. Accordingly, in Malayalam year 1109, Kumbha masam 15th Monday (1934 February 26th) Kumbabishekam has been performed.

As per the inscription inscribed on this idol, it has been found that the idol was made during ancient civilization dates back to the Kulasekara Alwar Perumal (seventh of the twelve mystic alvars). Based on its historical importance the portrait of the idol has been kept in Archaeological Museum many years and shared worldwide. So, Sri Kulasekhara Pillayar manifested in this temple as Sarvabista varadanayaka to his devotees from centuries. 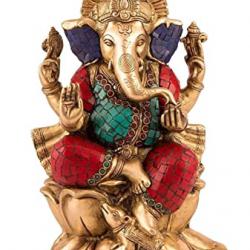 Kulasekhara Pillayar (Lord Ganesh), also known as Ganapati, Pillayar and Vinayaka, is one of the best-known and most worshipped deities in the Hindu pantheon. Hindu denominations worship him regardless of affiliations. Ganesha is widely revered as the remover of obstacles, the patron of arts and sciences and the deva of intellect and wisdom.As the god of beginnings, he is honoured at the start of rites and ceremonies.

Hindu mythology identifies him as the restored son of Parvati and Shiva of the Shaivism tradition. In the Ganapatya tradition of Hinduism, Ganesha is the supreme deity. 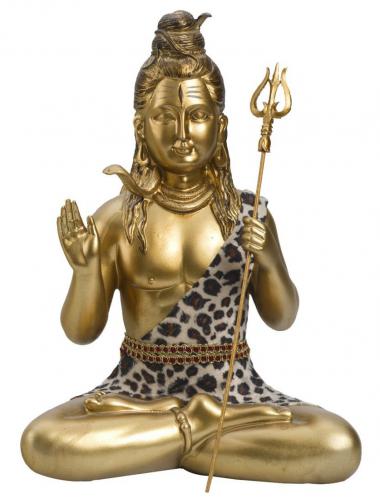 Shiva - 'the auspicious one, also known as Mahadeva-the great god, is one of the principal deities of Hinduism. He is the supreme being within Shaivism, one of the major traditions within contemporary Hinduism. Shiva is known as "The Destroyer" within the Trimurti, the Hindu trinity that includes Brahma and Vishnu. In Shaivism tradition, Shiva is one of the supreme beings who creates, protects and transforms the universe. In the Shaktism tradition, the Goddess, or Devi, is described as one of the supreme, yet Shiva is revered along with Vishnu and Brahma. A goddess is stated to be the energy and creative power (Shakti) of each, with Parvati (Sati) the equal complementary partner of Shiva. He is one of the five equivalent deities in Panchayatana puja of the Smarta tradition of Hinduism. 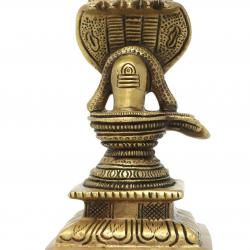 In Hinduism, the Naga are divine, semi-divine deities, or a semi-divine race of half-human half-serpent beings that reside in the netherworld (Patala) and can occasionally take human form. They are principally depicted in three forms: wholly human with snakes on the heads and necks, common serpents, or as half-human half-snake beings. They are common and hold cultural significance in the mythological traditions of many South Asian and Southeast Asian cultures. 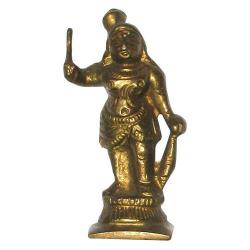 'Madan is a deified hero known to have performed rites in temples and in graveyards who is generally by Tamil people in South India, particularly in southern Tamil Nadu, southern sanganapuram regions. However, anthropological studies show evidence of native Tamil origin of Sudalai Madan. According to one mythological story, He was created by Lord Shiva, means protector and sudalai means cemetery or burial ground. He is the eradicator of evil forces and bridles evil forces. Evil forces are believed to emanate from cemeteries and burial grounds. Sudalai reigns over evil forces, so Sri Shiva thus dubbed him as Sudalai Madan. Sudalai is also termed as the Kaval Deivam, or the protecting deity. Sudalai Madan is paramount of the protecting deities. Sudalai Madan is often termed as "Maharaja". In central to southern Kerala, he is known as "madan thampuran", "chudala madan" or simply as "madan". 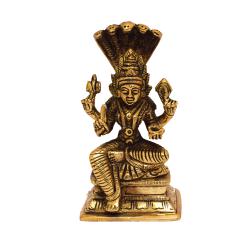 Isakki or Isakkai is a Hindu Goddess. Worshiping her remains popular among Hindus in the southern Indian districts of Tamil Nadu, specifically the Kanyakumari, Tirunelveli and Salem districts. She is generally considered to be one of the 'village deities' (or kaaval deivam in Tamil) and is commonly referred to as "Isakki Amman" ('Amman' is Tamil for "mother"). Village deities are believed to act as guardian spirits. 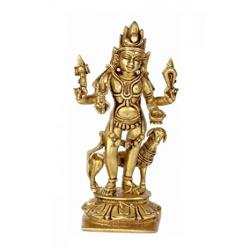 Bhairava (Maha Kala Bhairava)is a Hindu Tantric deity worshiped by Hindus. In Shaivism, he is a fierce manifestation of Shiva associated with annihilation. In Trika system Bhairava represents Supreme Reality, synonymous to Para Brahman. Generally in Hinduism, Bhairava is also called Dandapani (as he holds a rod or Danda to punish sinners) and Swaswa meaning "whose vehicle is a dog". In Vajrayana Buddhism, he is considered a fierce emanation of boddhisatva Mañjuśrī and also called Heruka, Vajrabhairava and Yamantaka. 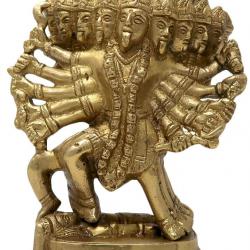 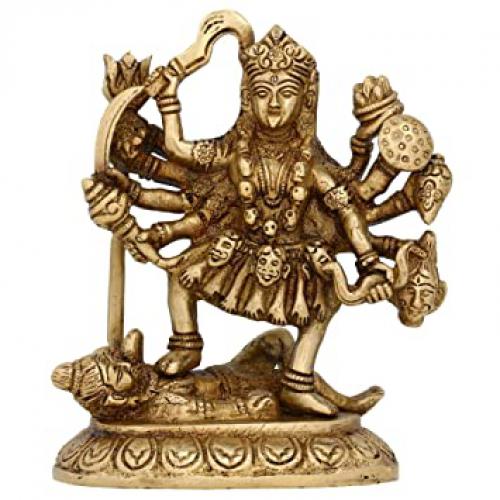 Vīrabhadra, also known as Veerabadhra , Veerabathira, Veerabathiran is an extremely fierce and fearsome form of the Hindu god Shiva. He was created by the wrath of Shiva and destroyed the Yagna (fire sacrifice) of Daksha, after Daksha's daughter and Shiva's consort Sati self-immolated in the sacrificial fire. He is described as a warrior who eventually blinded Bhaga, subdued Indra and broke, among many other countless gods, Pushan's teeth. Other gods fled the battlefield unable to sustain his power.

Please fill out this form and we will get in touch with you shortly.

Lord Ganesha’s worship can enable us to tune in to the natural flow of events that allows us to be in the right place at the right time. Have you noticed that some days our timing is excellent and yet other days everyone we go to see has just left, the store just closed, we missed our bus b...

An ancient temple with a rich history and legacy

This is one of the oldest temple in the city of Trivandrum. It is the temple of ‘Lord Ganesha’ & it is worshipped by the society for ages. It is located in one of the busiest areas of Trivandrum city. The place itself is maintained neat & clean. There are lot of shops around t...

This temple has great significance as their is not a single pillar in the temple (BinKhambhi). The idol of Ganesh is nice and very different. The temple is at walk able distance from Mahalakshmi Temple and is present right in the middle of road. There is no rush inside this temple.

A place to experience God 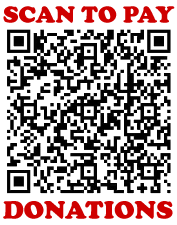